The goal of this story is to re-implement the 4-eye review process from Magnolia 4.5 using the jBPM process engine.

Commands API will be used to lunch new processes, as well as to provide human interaction with the running processes (approval/reject/...). This allows to untie the launching and especially the approval process from the M5 UI and allow external systems to enter the process. 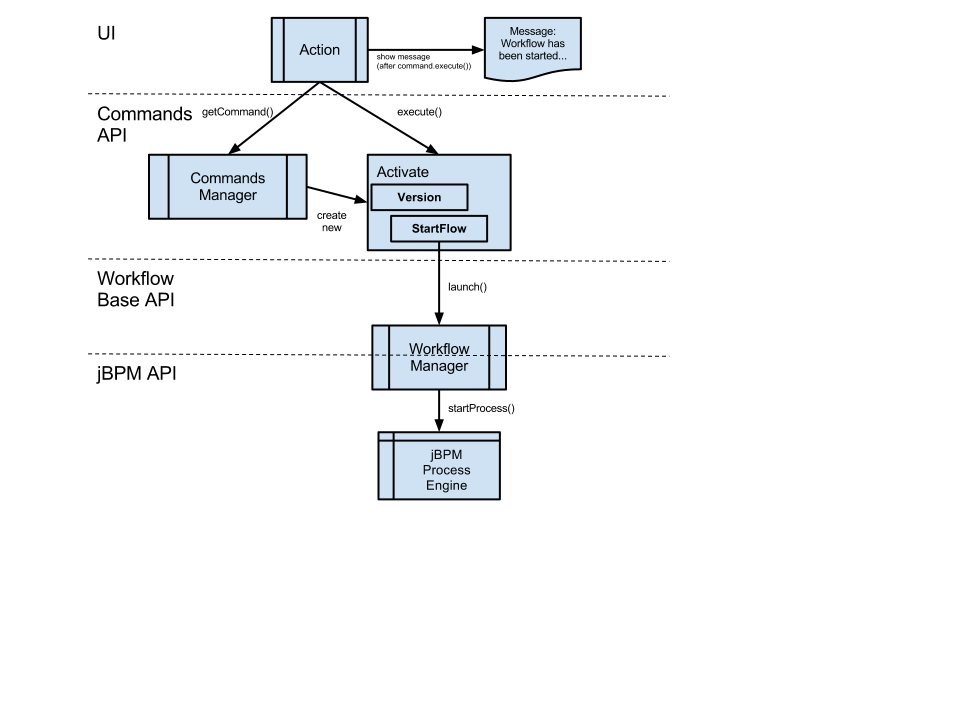 The Messages API will be used to inform users about processes waiting for approval. 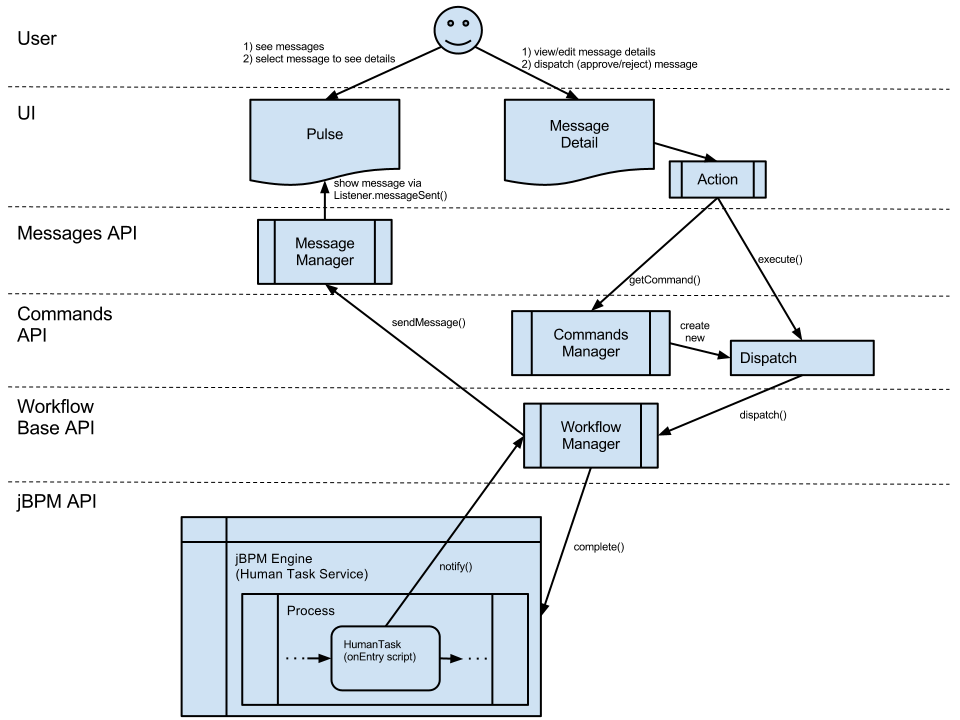 Note to the above process: when the message is dispatched by user (approved/rejected/...), it has to be deleted from the list (to prevent multiple dispatching).

The following picture provides the class diagram of basic classes: 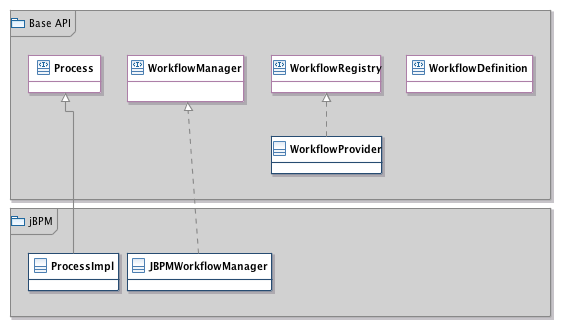 Core interface, defines methods to launch new process, resolve a running process by its ID, as well as the methods to be used from within the Process to communicate with Magnolia (e.g. send messages to the user/group, etc.).

Defined as a component, with a dummy implementation in the Base module.

This interface defines basic constants and methods of the bean that provides the definition of a workflow.

Provides getWorkflows() and getWorkflow(name) methods - to get all defined workflows and a concrete workflow definition by its name.

Basic implementation of the WorkflowRegistry interface - allows to store the workflow definition as a String property in the configuration, or as a classpath resource identified by a file name.

This interface defines basic constants and methods for the running process.

An implementation of the Process interface, wraps the jBPM's ProcessInstance class.

An implementation of the WorkflowManager interface, provides its methods using the jBPM process engine.

The Base module does no special initialization.

The jBPM module starts the KnowledgeService (process engine) and the (Local)HumanTaskService (and the persistence layer for them), and provides them to the JBPMFlowManager instance.

The definition node has following properties:

Contains the configuration of the persistence layer for the KnowledgeService and HumanTaskService.

The following is a scratchpad for ideas and notes from the implementation process - these should be processed in the next (Alpha4) sprint.