Probably the biggest problem with the former media support was its high fragmentation. Media could be stored in different locations, both as sub-nodes of content nodes, or in the dms workspace. A goal of the new DAM is that all assets are stored in one centralized location so that users can have an overview of all their media, work with their media, and manage their media. But we don't want to make the day-to-day use any more difficult. A user is still able to upload a media item directly in the page editor - it will just be stored in the centralized workspace instead of under the pages content node. 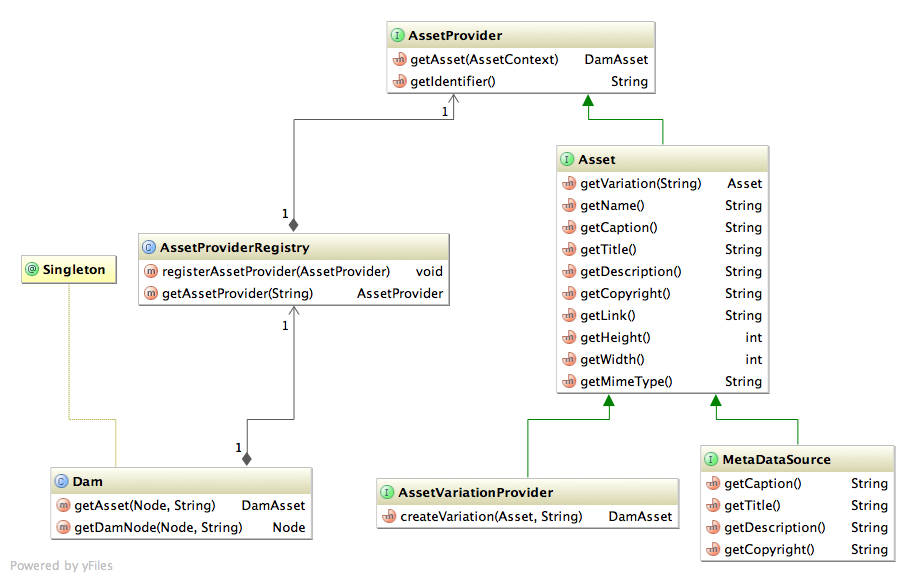 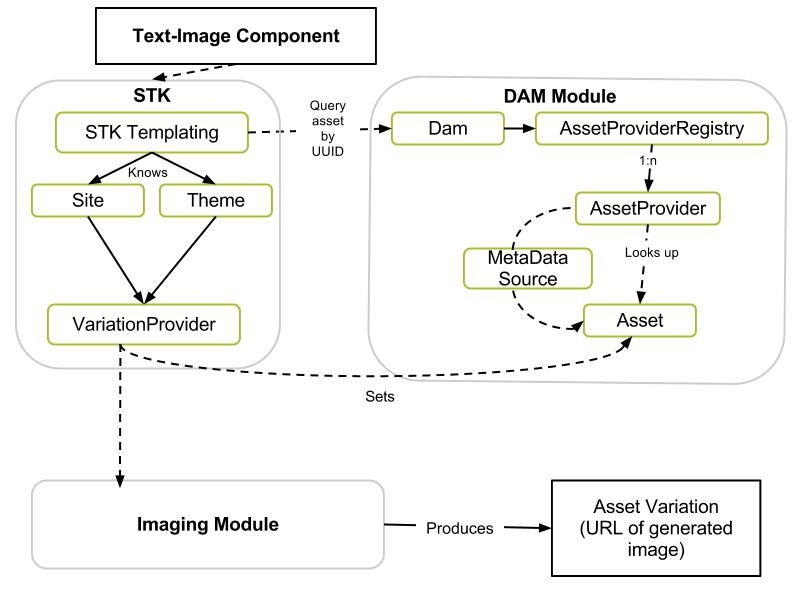 Let us consider an arbitrary TextImage component that resides on the page. Its image part is backed up by an asset. In order to render he following steps have to be completed:

Searching for the uses of an asset

AssetUsesSearchHelper class provides the approach allowing for determining whether an asset was used somewhere in the website workspace.

Asset editing is implemented in info.magnolia.dam.app.assets.editor.AssetEditorSubApp. 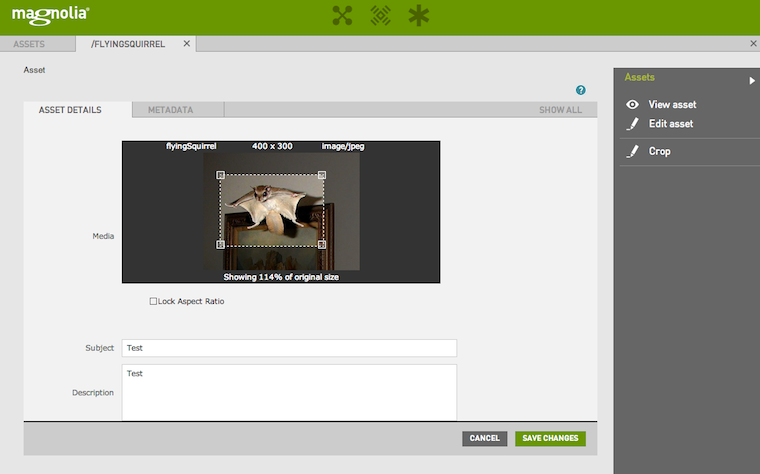