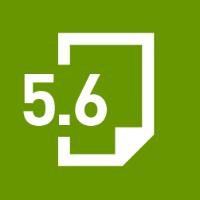 Magnolia 5.6 reached end of life on June 25, 2020. This branch is no longer supported, see End-of-life policy.

By default, the H2 database is not used anywhere directly. It is only accessed through JCR and JackRabbit APIs and it is embedded within a JVM running Magnolia without being open to outside access, thus offering nearly no opportunity for a potential attacker to exploit it.

To keep your systems and data secure, we recommend that you consider taking the following measures:

H2 does not accept more than one connection

Our default configuration uses the server mode for H2. If you migrate from Magnolia below 5.5.9 in the 5.5 branch or below 5.6.2 in the 5.6 branch and try to initiate a backup call using CLI or REST, it fails because H2 does not allow more than one connection at a time. Configure H2 to run in server mode by adding AUTO_SERVER=TRUE in the URL parameters:

Reloading a page in the editor causes a 404 error

When you open a page for editing and reload it in the browser, an extra semicolon is added to the URL fragment and the server returns a 404 error. Every subsequent reload adds another semicolon. This issue occurs with older versions of the Tomcat application server. To resolve this issue, upgrade to Tomcat 7.0.47+. See  MGNLUI-2426 - Getting issue details... STATUS

When accessing the webapp without the trailing slash after the context http://localhost:8080/magnoliaAuthor after login the user is presented with a 404 page rather than admincentral.  This behavior is configurable via the mapperContextRootRedirectEnabled and mapperDirectoryRedirectEnabled attributes of the Context which may be used to restore the previous behavior. See Apache Tomcat 7 Changelog.

Symptom: after inserting valid license key into the Magnolia license form, the error message "License is empty" is displayed.

To resolve, do one of the following:

Magnolia cannot render images stored in dam workspace. Google Guava library is used by the DAM API 2.0 which is used for working with images.

Modify the weblogic.xml file in your application's WEB-INF folder with the prefer-application-packages  element:

If you use Mac OS X 10.5 or 10.6, you should update to at least 10.5.8 or 10.6.2. Earlier versions cause issues where, when two or more instances are started in the same container, some or all connections are dropped.

The symptoms are that Tomcat is unreachable ("kCFErrorDomainCFNetwork:302") but no log message clearly identifies the issue. Sometimes pages can be loaded but resources cannot, leading to missing images or stylesheets. Another symptom is that you have to kill the Tomcat process to stop it (-HUP works) because the shutdown script cannot reach the running process either. See MAGNOLIA-1959 for more details and comment on your own experience.

Too many open files

The embedded Derby database that Magnolia uses for demonstration opens several file handles and may run over the maximum limit set by the system. This issue can occur on some Linux and OS X systems such as Macbook Air.

The solution is to increase the system-wide limit on the number of open files. The exact procedure varies from one OS to the next, see Too many open files.

When installing or updating to a new version, you may see this error message:

This can be due to changes in signatures of classes that are stored in user sessions, such as permissions, user, etc. The error happens when Tomcat attempts to de-serialize serialized sessions as the container starts. The de-serialization causes the loss of persisted sessions. Users will have to log in again. Otherwise it is a harmless error and can be ignored.

If you see the following error message in your logs:

Add the Xalan jar to the WEB-INF/lib folder of your Magnolia instances, delete the repositories and start again. Please see MAGNOLIA-1958 for more details and comment on your own experience.

Port 8080 is the default port for Tomcat. You can see it at the end of the default address http://localhost:8080. If another application on the computer is already using the same port, you may need to change it.

Change the defaultBaseUrl property, which is used to create absolute links in emails or other external systems. To do this, you need to now access Magnolia at the new port 8090.

Now the Welcome page at http://localhost:8090 has the correct URLs too.

The port also needs to be changed in publishing configuration, otherwise publishing (activating) changes from the author to public instance fails.

If you want to run two different Tomcats simultaneously you need to change other ports too. This is useful if you want to run different versions of Magnolia at the same time. In <CATALINA_HOME>/conf/server.xml, change the port numbers for the shutdown and AJP sections and any custom sections you have enabled.

32-bit JVM does not work in Windows

Tested on Windows 10.) When starting up Tomcat with the Magnolia CLI mgnl start command, you get a flickering window, the server hangs and nothing is written into the logs. To see the actual error, don't use Magnolia CLI to start Magnolia, start Tomcat directly with <your-magnolia-install-folder>\apache tomcat\bin\catalina.bat run. This should start Magnolia in the same window and allow you to see the error message:

The most likely cause is that you are trying to allocate too much heap space in the 32-bit JVM.

Solution: Replace the JVM with a 64-bit version.

See also: Why can't I get a larger heap with the 32-bit JVM?

Neither JAVA_HOME nor JRE_HOME is defined

You get the following error message after a fresh Java installation:

Solution: Set the variables through the "Edit the system environment variables" dialog.

Allow an exception in Windows Firewall for Java.

If you get a security alert during startup, check the Private networks checkbox and click Allow access. 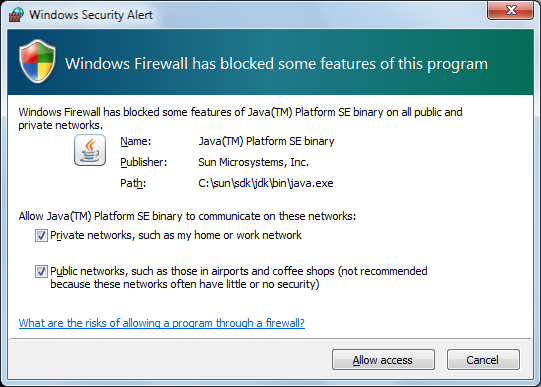 CATALINA_HOME environment variable is not defined

CATALINA_HOME environment variable identifies the Tomcat home directory, for example C:\Program Files\magnolia\apache-tomcat. Usually Magnolia finds this directory automatically. When you type magnolia_control.bat start in the bin directory to start the system, a second script named startup.bat tries to find Tomcat home. It assumes that Tomcat home is one level above the bin directory where you issued the command, and sets the value of CATALINA_HOME to that directory.

However, if you added the bin directory to your PATH environment variable you can execute magnolia_control.bat from anywhere. This means startup.bat does not find Tomcat home directory by simply moving up one level from where you are and displays the following error:

Java out of memory

If the Java Virtual Machine (JVM) does not have enough memory you may see a java.lang.OutOfMemoryError  in the startup log and Magnolia fails to start.

JAR file does not start

When installing the Enterprise Edition on Windows, you can start the installer by double-clicking the JAR file. If this does not work there is a chance that some application on your system has registered the .jar extension.

You can try to fix it yourself by restoring the association of the .jar extension with the javaw.exe executable. .Right-click the JAR file and select Open With. Typically the javaw.exe file is in C:\Program Files (x86)\java\jre6\bin). Alternatively, start the installer from a command prompt with the following command: java -jar magnolia-enterprise-installer-x.y.z.jar. Make sure the file extension is .jar. Internet Explorer has a tendency to append or change it to .zip.

For issues related to activation keys and the handshaking process, see the Activation errors page.

No indication about conflicting URI mappings in Firefox

In the Pages app, Magnolia informs the editor about a potential URI mapping conflict by placing a warning icon next to the name of the newly created page. Due to a CSS issue Firefox users can't see the icon: