Why an improved Callback action for dialogs/forms is needed?

JIRA issue that could use the improved action:  MGNLRES-186 - Getting issue details... STATUS

The pattern of a new resource creation action should look like this:

Main hurdle is that most of the 'hotfix'-type have to deal with two aspects of data - ResourceOrigin (on the higher level) and JCR (on the lower level).

If we want to create a new resource in a 'usual' way trying to rely on just the existing actions:

Possible alterations of this scenario: 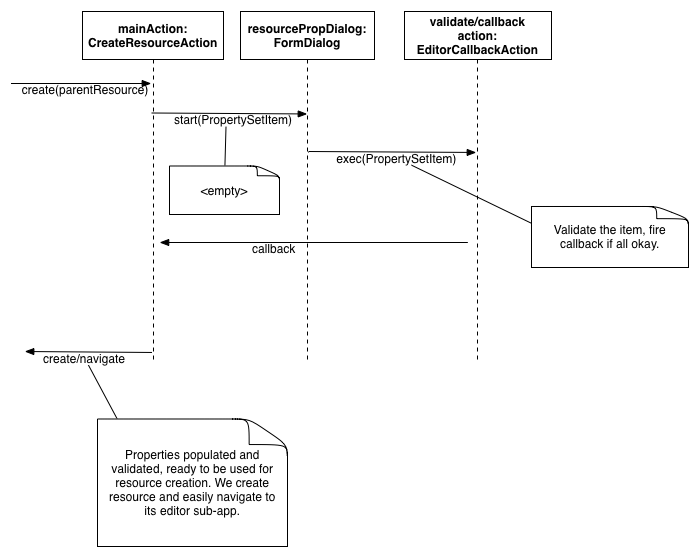