How far should RTL support span? 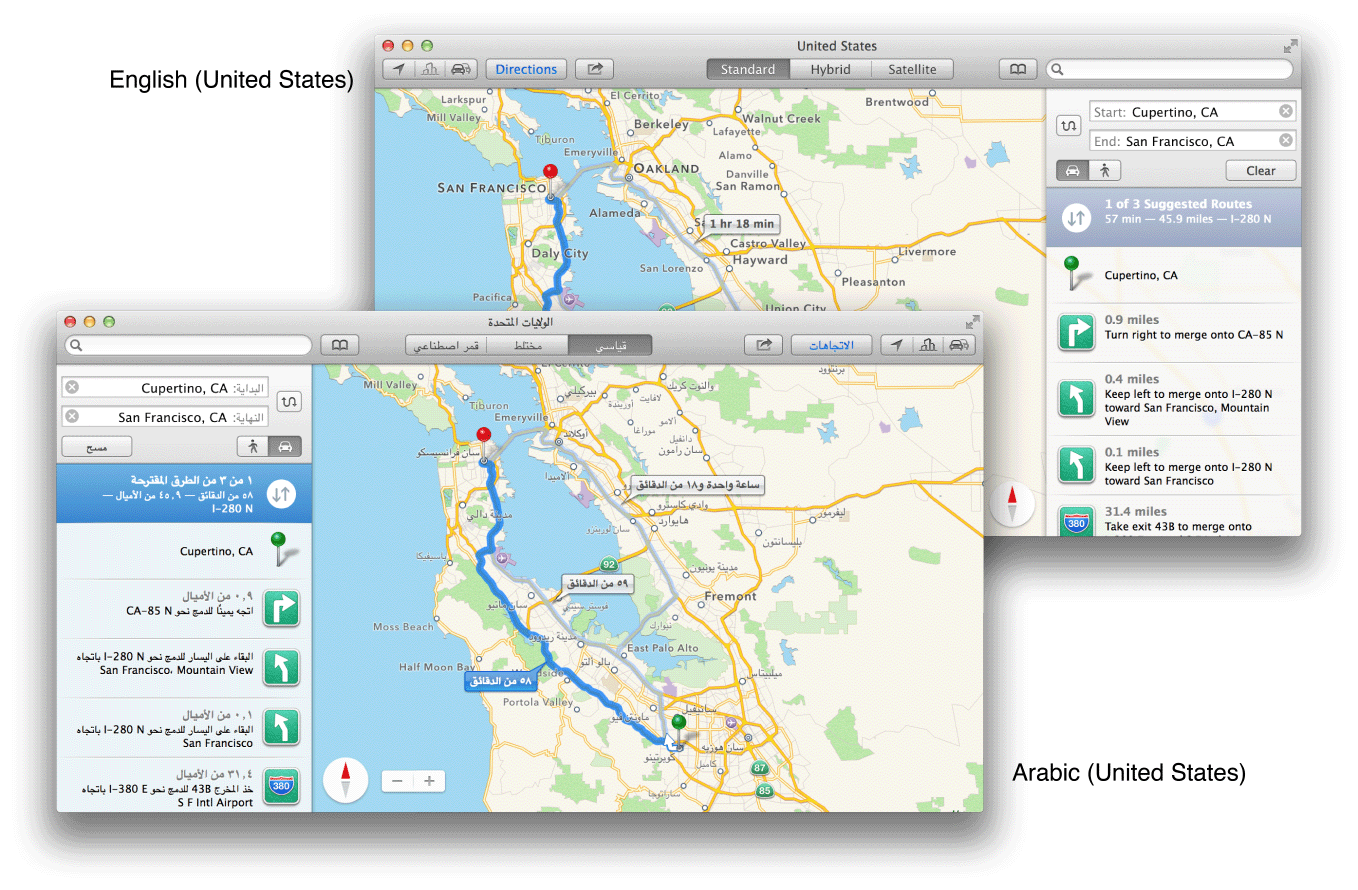 Below is the outcome of "automatic" text direction applied to basic text fields.
Note that latin texts stick to the left, and that this does not offer form i18nization, i.e. captions are not translated and layout orientation stays the same. 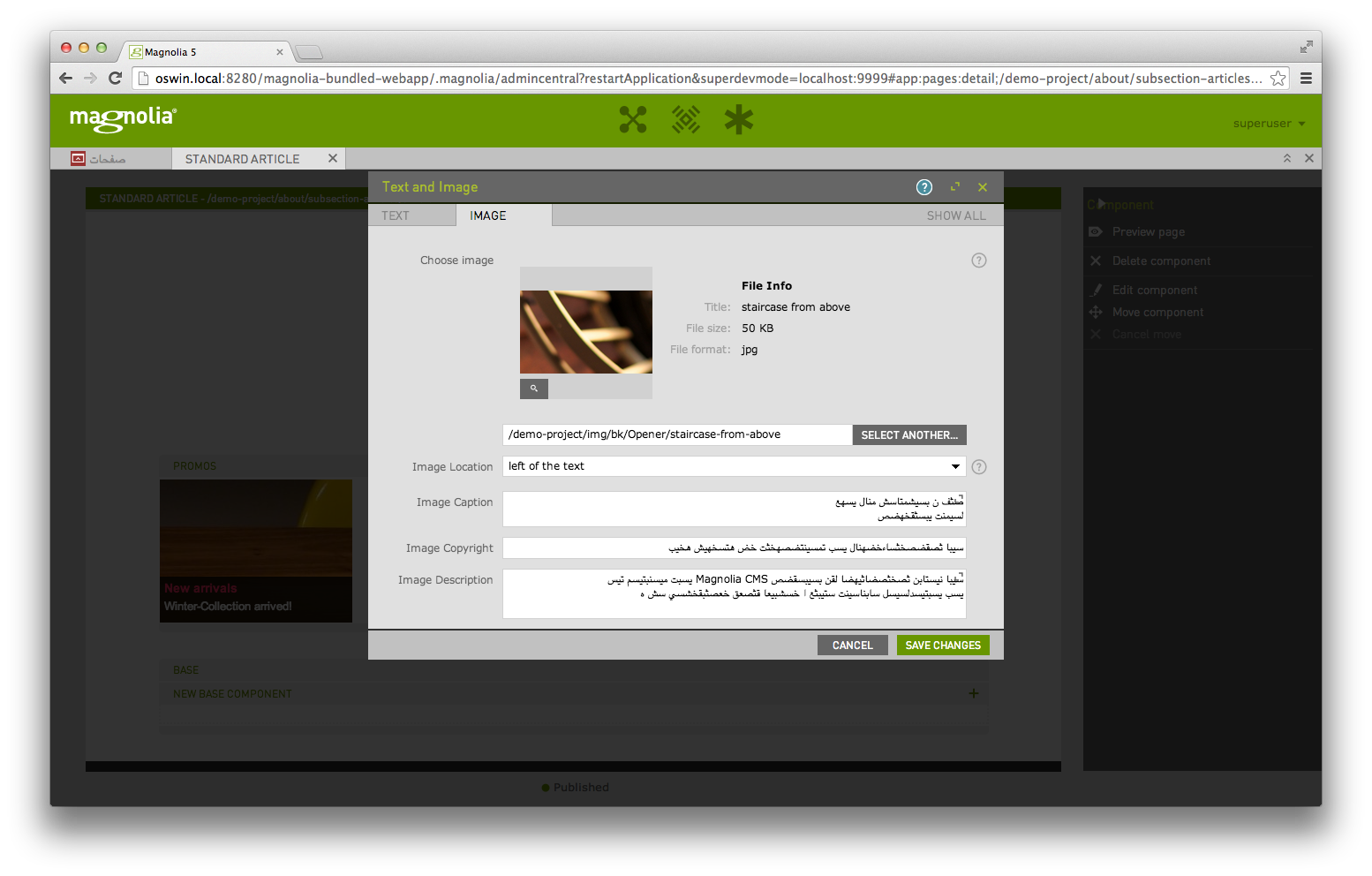 Block B: Support for RTL i18nization

Below is the result of a focused experiment on the action bar (google translations — do not share blindly!) 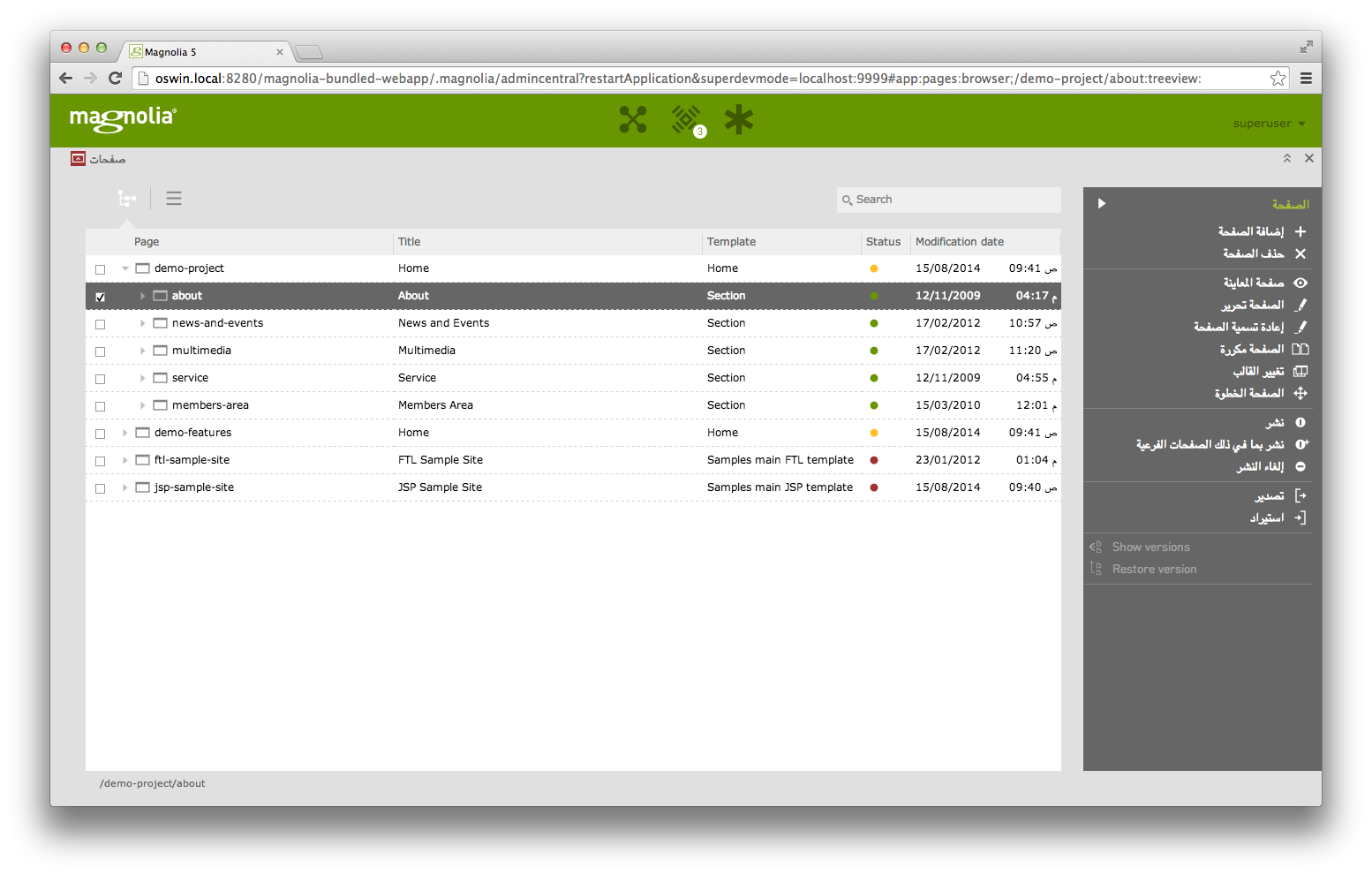 What is not considered right now

1. RTL support across the web stack

There are two known ways to make input elements display and enter text in RTL fashion: by means of CSS rules and by means of the dir attribute of the elements.

The text-align rule should be used in order to override the left-alignment set by Vaadin by default. The direction rule actually sets the direction of the content flow.

Pros of the CSS approach:

Cons of the CSS approach:

Pros of the HTML approach:

With CKEditor is seems to be rather straightforward to control the text/layout direction both in the toolbar and in the text editor.

In order to tweak the direction of the CKEditor toolbar layout the cke_rtl & cke_ltr style names should be applied to the info.magnolia.ui.vaadin.richtext.MagnoliaRichTextField.

The editor text direction is controlled by the contentsLangDirection {value options: rlt | ltr} property. It can be applied the following way:

Vaadin extension proves to be a neat way of adding the dir attribute throughout multiple components (e.g. TextField, TextArea), without extending each and every client-side widget.

Another focused experiment was carried out, on the RTL i18nization of the action bar.

Fetching text orientation from the locale

It is rather straight forward to "derive" text orientation from the current locale:

Resources on the topic from the web