On 23.05.2018 we have had a workshop where we discussed the proposed features. Even though the general feedback was positive and none of the features was rejected, there's still a lot of work to do to take the effort to the production-grade level.

Below is the proposed mind-map with possible further steps that we could take (the source XMind file is also attached). 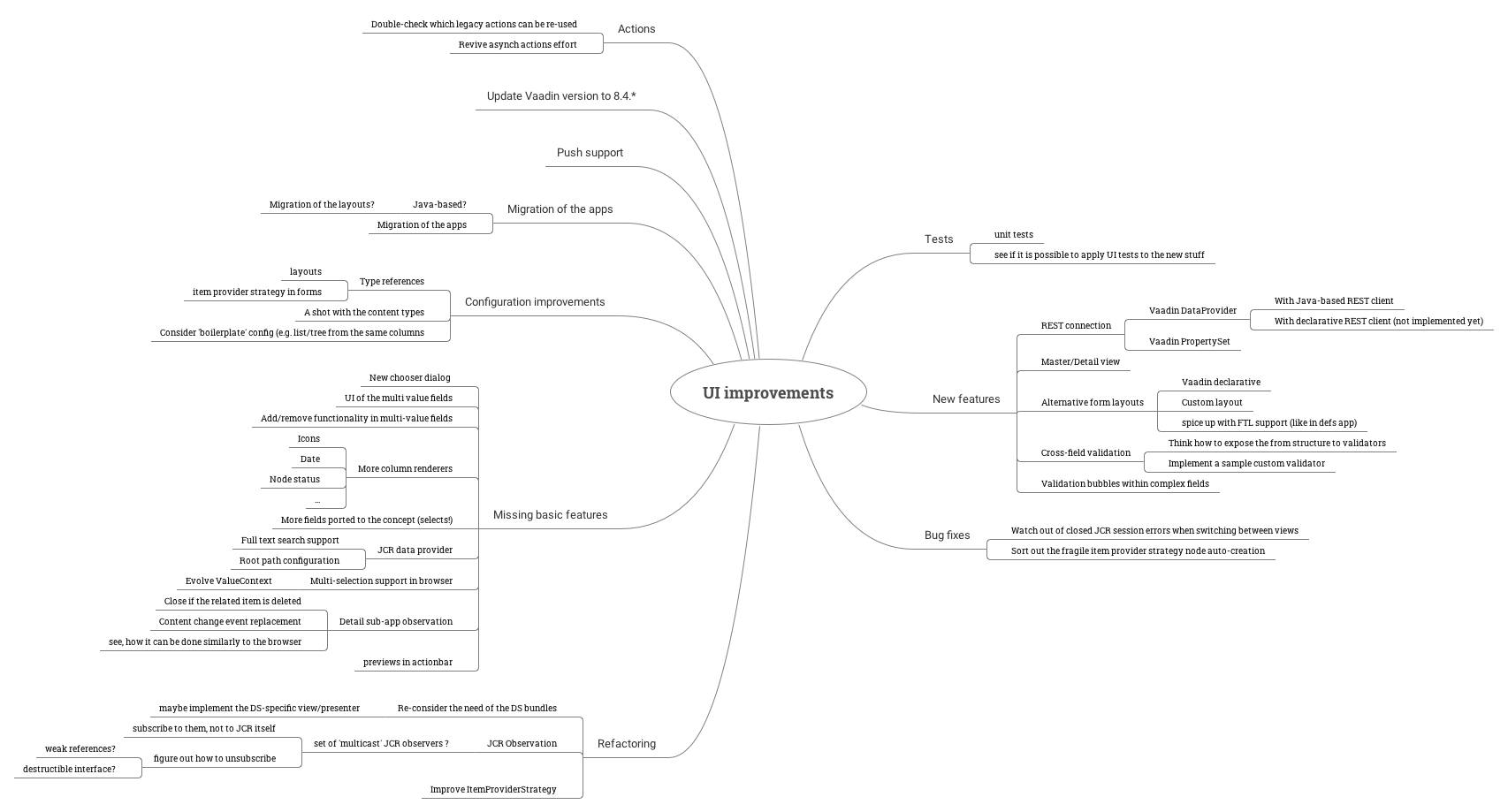 Below can be found a table with description and coarse estimates of the possible further steps (time-wise* and priority-wise**).

* (Time-wise the tasks are estimated relatively to Aleksandr Pchelintcev, i.e. if the assignee of the issue wasn't fiddling with the UI thoroughly lately, some time has to be added to get in the context.)

** (Priority-wise the tasks go from the brightest

Users expect simpler configuration with the new UI framework. Consider using the improvements we get from content types effort and type references. We use type references for fields today but the mechanism can be used also elsewhere.