Since Magnolia 4.4 the Soft Locking module provides EE users with the ability to see in "real-time" who is collaborating on a given page and receive immediate feedback when such page gets updated by some other users. It is no actual JCR lock where a user (thread) holds the lock and prevents others from modifying the node before s/he releases the lock, rather a means to inform everyone collaborating on the same content about what is going on and possibly prevent/warn about possible conflicts.

The module for the Magnolia 4 series was basically injecting a jQuery script into the page polling the server at regular intervals in order to receive the current page status concerning who was working at it, if the page was modified while a user was working/looking at it and by whom. Such info was then used to asynchronously update the UI. 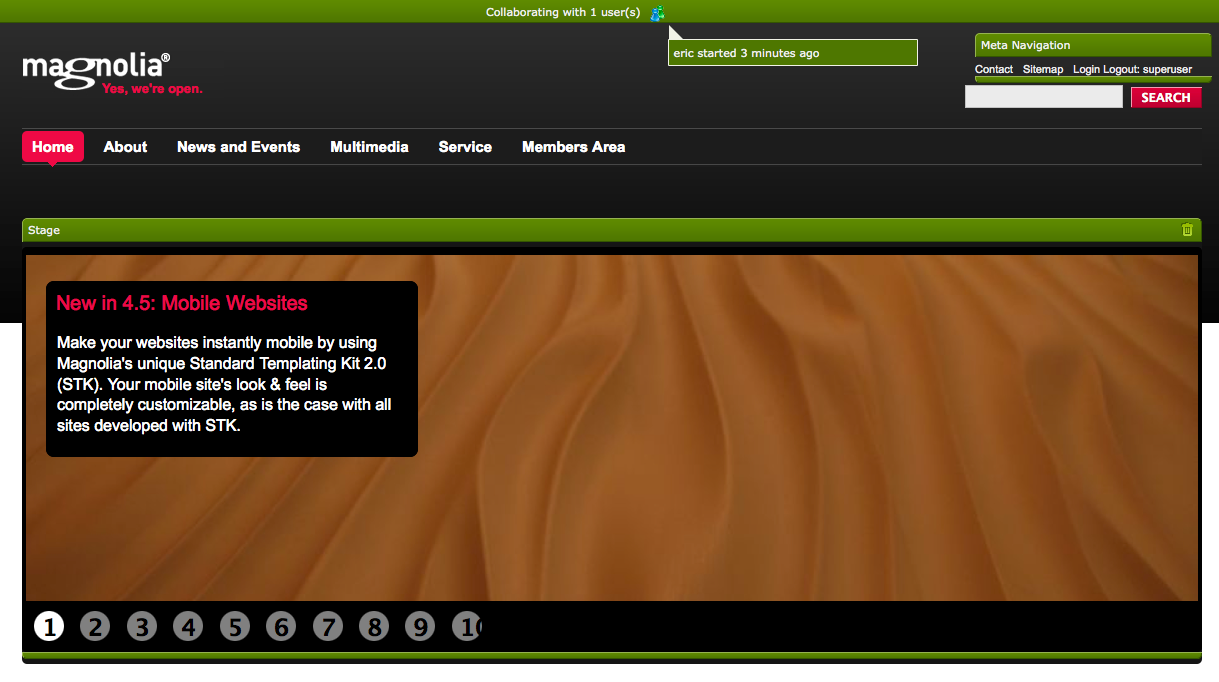 Given Magnolia 5 new architecture and Vaadin-based UI this whole approach has of course to be revisited - a different way of displaying the collaboration information in the UI has to be chosen and a new implementation devised to get such info from the server.

M5 comes with built-in support for a whole variety of message types. We need to see if one or more of the available types fit the soft locking use case or if we need to come up with an ad hoc solution.

Getting the collaboration status from the server

Since version 7.1.0 Vaadin features server push, meaning that the server sends data updates to the client when those occur, rather than having the client asking the server periodically for updates. This seems a perfect fit for the soft locking case. See more https://vaadin.com/book/vaadin7/-/page/advanced.push.html

It is likely that M5 starting from version 5.3 will enable server push by default, thus the soft locking module will just use the feature without having to do anything special on its own to enable it.

Contra of using a server-push approach

Talked shortly with Sasha and it looks like the server-push is not as straightforward as it seemed.

Andreas worked on some mockups which are attached to this page. Here are a couple of his remarks about them.