Security App replaces the Security group of items from the old Admin Interface (i.e. Users, Grous and Roles management) and aggregates also some features from the Tools: Audit (aka Accesses), Permission List and Activation Tools. The security dashboard will be added later.

On the App start, Users, Groups, and Roles tabs will be automatically open.

The following two mockups show the main tab featuring the user management and the fourth tab containing the settings. Note that I've left out both the "Groups" and the "Roles" tab. Those should be straight forward, though. All first three tabs will greatly benefit from built-in ContentApp features such as search and sorting.

I've left out the security dashboard for now, as I don't like to place placeholders for features we might not be able to implement. Also, such a security dashboard would require more research and, in general, might be better placed under Pulse.

Also, I've moved the functionality of a previously referenced "Audit" tab to a separate app, which is not described or shown here.

The following problems are not tackled here yet: 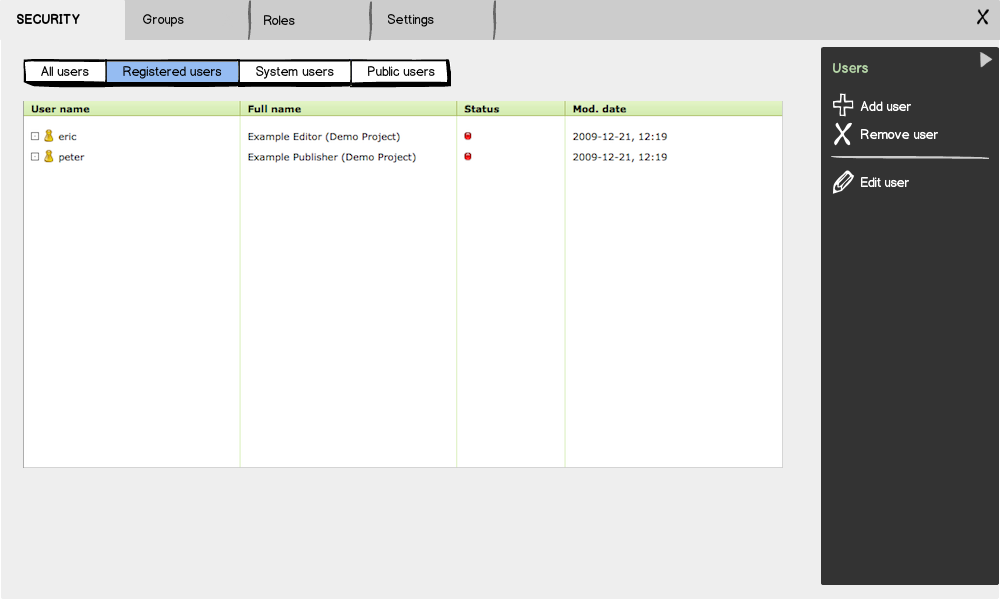 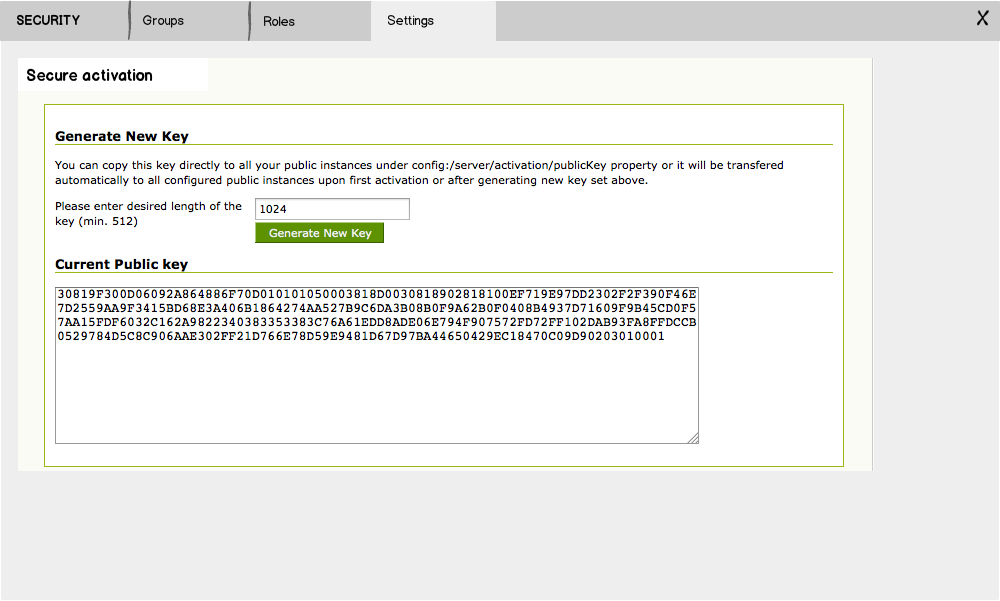