This page is based on a discussion of the UI experts and collects a number of suggestions for changing UI development in order to improve quality and meet specifications.

The following concepts and designs have to be reviewed on a regular basis.

= we already do this;

= we don't (consequently) do this currently

We currently lack regular testing on a number of devices and platforms. In particular, we should test for:

How could this be added 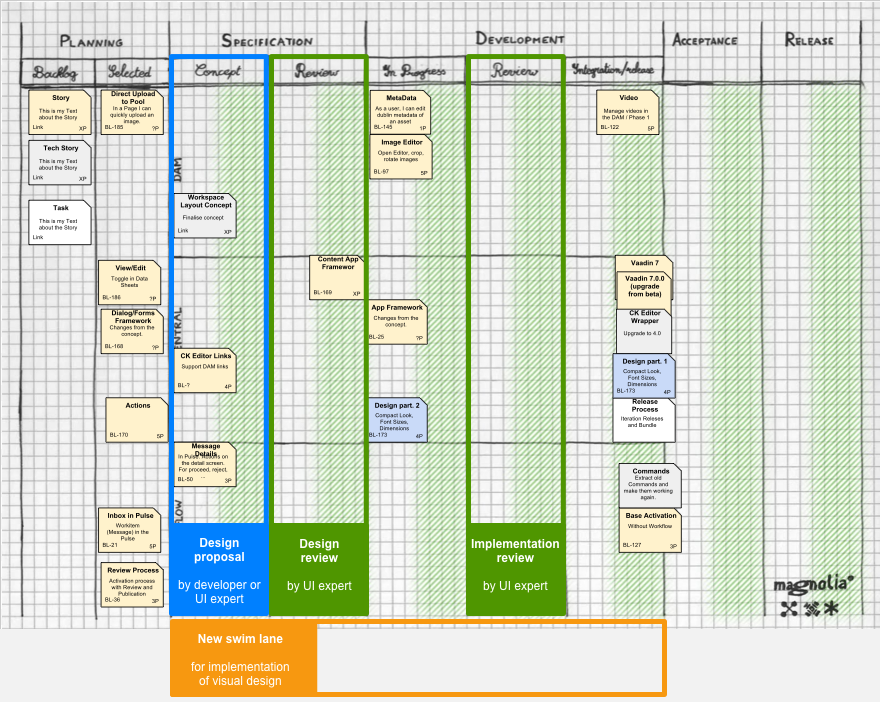 While the reviews of the more conceptual work are mostly done, we can still improve them.

We don't do regular reviews here currently, but they should become regular steps in the development process.

In order to not slow down development too much, we should distinguish between testing done during the implementation and proper testing against all required platforms before releases.

Testing before a final release

What should also be improved

Here are a couple of changes the UI developers would like to see in order to make implementing the visual design more flexible and less dependent on the development work going on in parallel.