Classpath resource origin has been suffering from several complicated problems (see MAGNOLIA-6523 - Getting issue details... STATUS  for more details). The possibilities to solve those issues were limited by the current implementation details: too minimalistic data structures which represent classpath hierarchy, unclear relations and responsibilities of ClasspathResoucreOrigin itself as well as the classpath scanning services.

When finally it has been realised that the current implementation is not capable of becoming stable enough to support classpath resource reloading in development mode, it was decided to make an overhaul.

The following diagram features the new approach to ClasspathResourceOrigin implementation on the higher level. 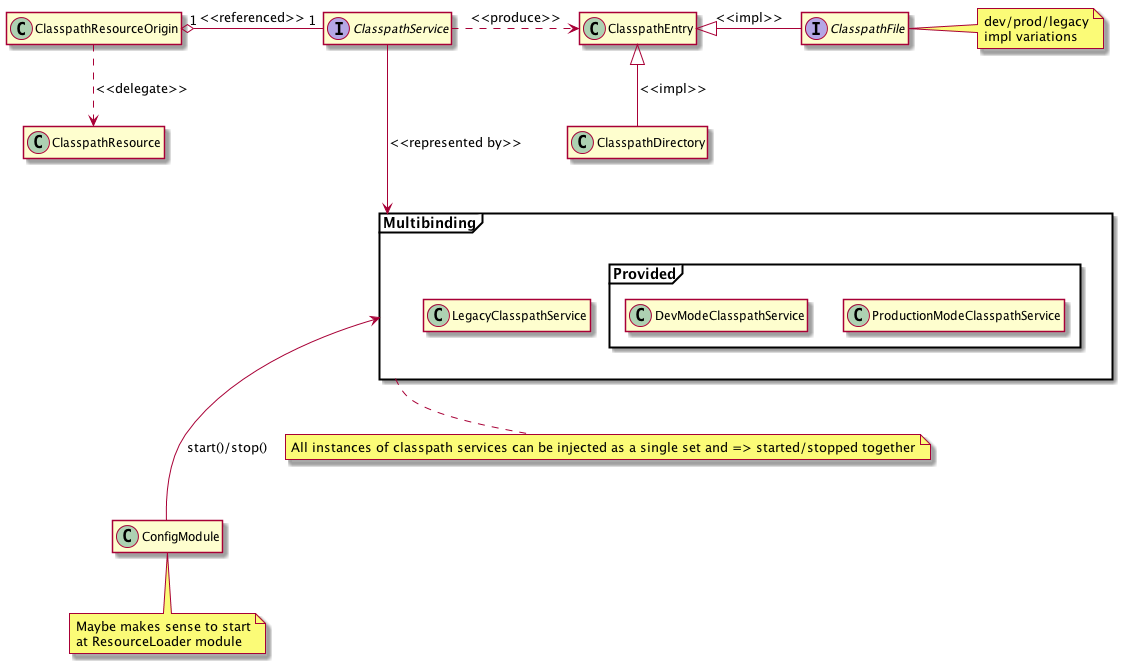 In order to make a distinction between development and production mode ClasspathServices (the former should support classpath monitoring and the latter - shouldn't) a special interface has been introduced: